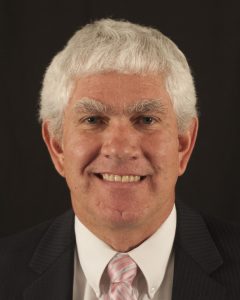 Werner Haidenthaller is retiring after 30 years of public service

SALT LAKE CITY December 27, 2016 – After 10 years with the Utah Attorney General’s Office and over 30 years of public service for the state of Utah, Werner Haidenthaller will retire at the end of 2016. Attorney General Sean Reyes released the following statement on Heidenthaller’s retirement today:

“Werner’s understanding and ability with the Utah AGO budget have been an indispensable asset to our office and to the state of Utah,” said Attorney General Sean Reyes. “Just weeks before the 2014 legislative session, as I took over what was then an embattled office, Werner stepped forward to pick up the slack, helped us increase compensation for the employees of the office, and ensured that the AGO would have the budget necessary to deliver not just the constitutional minimum of legal services to the state but the highest level of legal services possible while empowering top tier professionals in house and recruiting additional ones.”

Werner began his career in the Legislative Auditor’s Office, conducting operational and programmatic audits of state agencies.  Later he joined the Utah Geological Survey as a budget and accounting officer, eventually becoming the Associate Director. In 1997, Werner joined the Utah Department of Workforce Services where he served in positions of increasing responsibility, starting as Budget and Accounting Manager, Finance Director, and finally Budget/Accounting/Facilities/Risk Manager. In 2006, Werner was hired as the Administration/Budget Director for the Utah Office of the Attorney General, where he has managed the budget for the “largest law office in the state,” with a $65 million budget and over 430 employees in 15 offices throughout the state. At the Utah AGO, Werner is a valued member of the Executive team, advising Attorney General Reyes on all financial and administrative matters. He also worked closely with the Governor’s office and the Utah State Legislature, and their staff on all budgetary, financial and administrative matters related to the Attorney General’s office.

In his private life, Werner enjoys spending time with his family and in the outdoors, whether it is hiking or skiing, and remodels homes in his spare time. He will be missed at the Utah Attorney General’s Office and we wish him all the best in his future endeavors.